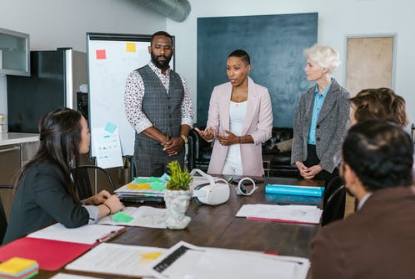 The Government of India initiated the continuing Startup India project in 2016. The goal is to promote Indias startup culture and foster an entrepreneurial environment. SIDBI (Small Industries Development Bank of India) is managing around US$ 1.33 billion authorised by the Cabinet and founded by the Department for Promotion of Industry to offer a much-needed boost to the Indian Startup ecosystem. Making an early-stage investment in a startup is known as startup investing. Some startups, in addition to the contributions of their founders, raise additional funding at one or more stages of their development. Not all startups that attempt to raise funds are successful. The Stand-Up India Scheme, which was introduced in 2016, intends to encourage grassroots entrepreneurship for economic empowerment and employment development. The goal of this initiative is to make bank loans available to at least one borrower from a Scheduled Caste (SC) or Scheduled Tribe (ST) and at least one woman borrower every bank branch, allowing them to participate in the nations economic prosperity. Over the previous two decades, the Indian startup ecosystem has changed dramatically. Although few firms were formed in the 2000s, the ecosystem was still in its infancy, with only a few active investors and a limited number of support organisations such as incubators and accelerators. In the late 2000s, there were a few successful exits, and in the last ten years, the number of startups has exploded, and more support has become available in all areas. Bangalore has emerged as Indias principal startup hub, while Mumbai and the National Capital Region (NCR), as well as some smaller cities, are also seeing substantial startup activity. A qualitative study was done to get insight into these challenges. Experts in the Indian startup ecosystem, including startup founders, investors, and representatives from support organisations, were interviewed in semi-structured interviews. Incomes and purchasing power in India are gradually increasing as the economy grows. The growth of the upper-middle and high-income segments of the population, which will increase from one in four homes now to one in two households by 2030, is driving rising spending. Aside from that, the demographics of the people are a plus. Half of the countrys population is under 25 years old, and the youth is ambitious. The approximately 700 million people born between the late 1980s and the early 2000s have material dreams and the financial means to realise them.

The Startup Ecosystem is Expanding

In 2018, the startup ecosystem grew at a rate of 15% year over year, while the number of incubators and accelerators expanded by 11%. Significantly, the number of female entrepreneurs increased to 14%, up from 10% and 11% in the preceding two years. Over the course of the year, startups in the country were able to create an estimated 40,000 new positions, bringing the overall number of jobs in the start-up ecosystem to 1.6-1.7 lakh. According to the 2019 Startup Genome Project ranking, Bangalore is one of the worlds top 20 startup cities. 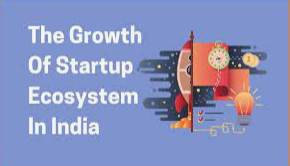 The size and maturity of the startup ecosystem determines where a startup is established and grows, which has an impact on the number of startups and their success. Individuals (entrepreneurs, venture capitalists, angel investors, mentors, and advisors), institutions and organisations (top research universities and institutes, business schools and entrepreneurship programmes and centres operated by universities and colleges, non-profit entrepreneurship support organisations, government entrepreneurship programmes and services, Chambers of commerce), business incubators and business accelerators, and top-priced venture capitalists and angel investors make up the startup ecosystem. A "strong" startup ecosystem is defined as one that has all of these criteria.